Religion as conceived of in contemporary societies

The symposium is focusing on "religion" as actually conceived of in contemporary societies. What distinguishes religion from non-religion?

- We will embark on cognitive and neurological processes that contribute to create religion as a human phenomenon, and look into the relationship between "religion" and national identity, taking into account that one function of religions is to create distinctions between groups and societies, says Professor Jan Terje Faarlund, chair of the organizing committee.

Further, the focus will be on "religion" as sets of norms and values for which we enjoy (or should enjoy) a strong version of freedom to practise and express one's beliefs, perhaps even with a particular claim to respect from others.

This leads towards more specific questions about the extent to which this particular freedom actually trumps (or should trump) efforts to fight discrimination against for instance women, homosexuals or others, and more general questions about the space left to "religious" norms and institutions in the secular state. Is the dividing line between the secular and the sacred in modern legal regimes sharp, could it be, or should it be?

Finally, we ask how media influence and possibly change "religions" as such and at least the way we conceive of the phenomenon.

Armin W. Geertz:
What is religion? Recent cognitive and neuroscientific insights in the cultural sciences

The fairly recent cognitive revolution in the academic study of religion has led to interesting hypotheses and theories on age-old questions. How did religion originate? Why is religion universal? What characterizes religious ideas and behaviors from a cognitive or psychological perspective? And what can we conclude about atheism? A new discipline has arisen called the cognitive science of religion which is dedicated to applying cognitive theories, hypotheses and experiments on religion. But there are also scholars from a wide variety of other disciplines who are working with cognitive theories on religion, and, furthermore, a growing number of neuroscientists who are performing brain scans on subjects performing various religious tasks. Needless to say, there is a lot of confusion on what exactly religion and religious experience is. Some of the confusion is based on disagreements on what human cognition is. The results are, therefore, problematical. I will sketch out some of these problems, provide a few definitions, and discuss some of the research that we are doing in Aarhus. 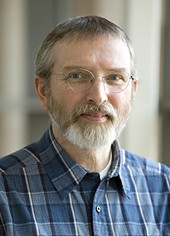 Halvor Moxnes:
Early Christianity as a model for European nationalism

Nationalism in Europe in the 19th century was the beginning of a process that transformed politics by taking symbolic and real power from religious models of monarchy and fatherhood, and reinvesting it in citizenship and the nation. It has often been claimed that nationalism was a substitute for religion. In contrast, I will argue that  also the new ideas of citizenship and nation had religious models, based on the modern, historical studies of Jesus and early Christians, portraying them as ideal figures for the new forms of individuals and society. However, nationalism that started as a democratic process, in the 20th century became the only accepted model for statehood, and as a result,  images of Jesus and Christianity could be exploited as identification figures for an exclusive nationalism. 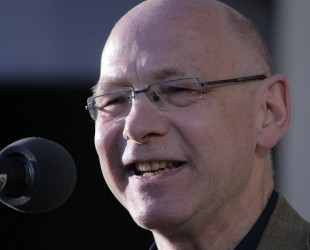 CV: Halvor Moxnes, dr.theol., dr.h.c., is a professor of theology at the University of Oslo, specializing in studies of the historical Jesus and the 19th century history of interpretation of Jesus traditions. Moxnes is a member of the Norwegian Academy of Science and Letters.

Recent publications include: Putting Jesus in his Place. A Radical Vision of Household and Kingdom. 2003; Hva er kristendom, 2006; Jesus and the rise of Nationalism. A new quest for the 19th century historical Jesus, 2011.

Gwénaële Calvès:
Does freedom of religion entail freedom to discriminate? European perspectives on a judicial dilemma

The European Court of Human Rights and the Court of Justice of the European Union enforce, throughout the continent, a strong body of anti-discrimination norms. They also guarantee to believers that the Church they belong to will be free to organise itself according to its own religious tenets.

What happens when the protected right not be discriminated against is violated by a rule or practice equally protected as a consequence of religious freedom ? Our presentation will explore the answers provided by European judges. 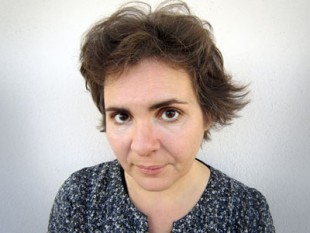 CV: Gwénaële Calvès is a professor of public law. Her main areas of scholarship and teaching are constitutional law and minority rights (University of Cergy-Pontoise) and non-discrimination law (University Denis Diderot-Paris 7). She also teaches administrative law at the University of Düsseldorf in Germany.

Since 2001, along with Daniel Sabbagh, she has been the co-director of the "Antidiscrimination Policies" working group at the Sciences Po Center for International Studies and Research.

Her most recent publications are Libertés publiques et droits de l'homme (LGDJ, 9th ed., 2008; in collaboration with A. Heymann-Doat), and La discrimination positive (PUF, 3rd ed., 2010). She is currently working on her upcoming book, An Introduction to Minority Rights, to be published by the end of 2011.

People living in societies where the ongoing communication to a large extent relies on a repertoire of technical media will make accounts of religion through these media. This influences how people conceive of the phenomenon, and it shapes public debates and the way religious groups structure themselves to get attention. This may in the long term possibly change "religions" as such. These transforming processes are captured with the concept of mediatization. 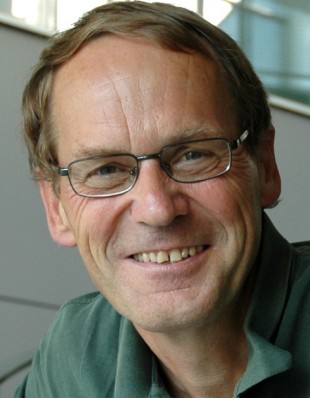 CV: Knut Lundby is Professor of media studies and Head of Research at the Department of Media and Communication, University of Oslo, with a doctoral degree in sociology of religion from the University of Oslo. He was the founding director of InterMedia, University of Oslo, researching design, communication, and learning in digital environments. Selected publications: Rethinking Media, Religion, and Culture (with Stewart M. Hoover, Sage 1997), Digital Storytelling, Mediatized Stories: Self-representations in New Media (Peter Lang 2008) and Mediatization: Concept, Changes, Consequences (Peter Lang 2009).

W. Cole Durham, Jr.:
The place of the right to freedom of religion or belief in the constellation of human rights

The aim of the paper will be to place the right to freedom of religion or belief in its historical context, to describe its relationships to and overlaps with other fundamental rights, and to argue against recent efforts of "religious freedom reductionism," which attempts to argue that freedom of religion or belief can be adequately protected by other more secular rights.  It will also address the place and scope of the autonomy of religious communities in relation to other rights, including in particular the interface between autonomy rights and anti-discrimination norms.

Sindre Bangstad:
The 'religious' and the 'secular': On what poststructuralist anthropology gets right, and what it gets wrong

The academic literature on the relationship between what may with reference to Professor Talal Asad's seminal work be referred to as the 'secular' and the 'religious' has in recent years become a virtual publishing industry involving various academic disciplines. One would perhaps have thought that what anthropology had to offer to this particular field of study was empirically grounded work, but this has in fact not generally been the case. In this lecture, which is based on previously published critiques of a particular poststructuralist 'school' in the anthropological study of the secular crystallized in the work of anthropological scholars such as Talal Asad, Saba Mahmood, Charles Hirschkind and David Scott in particular, I reflect upon the strength and limitations of poststructuralist anthropology when it comes to the scholarly analysis of the 'religious' and the 'secular'.

CV: Sindre Bangstad is a social anthropologist and a Postdoctoral Fellow at the Department of Social Anthropology at the University of Oslo in Norway. He holds a cand. polit.degree from the University of Bergen (2002) and a PhD from Radboud University in the Netherlands (2007). His award-winning book Sekularismens Ansikter (Universitetsforlaget, 2009) is currently under translation into English, and due to be published in 2012 by I. B. Tauris. Bangstad has also published extensively on secularism and secularity in leading international social science journals.