Systematics and Biodiversity Research in the Era of Genomics

Participation in the symposium and the evening dinner is sponsored by the Norwegian Academy of Science and Letters and free of charge.

Please direct your registration by email to: eirik.lislerud@dnva.no

The Norwegian Academy of Science and Letters and the editors of the Zoologica Scripta invite to a one-day symposium to discuss the opportunities and challenges of biodiversity research in the era of genomics. We attracted eight highly respected scientists that will provide state-of-the-art overviews on their research and share their views on the future development of biodiversity research. The abstracts of the presentations can be found here.

Biosystematics has always been a dynamic field, but the rapid development of next-generation sequencing technology and methods for the generation and analyses huge "omics" datasets has opened for new opportunities and a further development of systematics.

The Zoologica Scripta, published on behalf of the Norwegian Academy of Science and Letters and the Royal Swedish Academy of Sciences, is one of the leading scientific journals in the fields of animal systematics, phylogeny, and biogeography. The journal has for many years provided a high profile outlet for cutting edge research in the field. 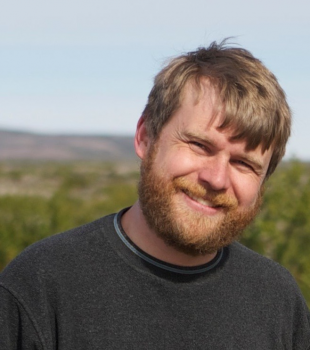 Advances in sequencing technology and analysis methods are radically transforming the way we study many features of evolution. There are still many challenges for using next generation sequencing technology to investigate the biology of non-model organism, but as the field matures these are better understood and critical progress has been made to address them. These tools are helping to upend the classical perspective on animal evolution - that the diversity of animals we see today is due to the stepwise addition of complex traits in some "higher" lineages, driven by increasing genome complexity. Instead, it is now clear that many complex traits have been repeatedly gained and lost, and that changes in phenotypes do not relate in simple ways to gains and losses of genes. We are now in a position to use these phenotypic convergences to better understand the evolution of genome function, and these new tools will help reveal the previously hidden complexity of many poorly-known animals. 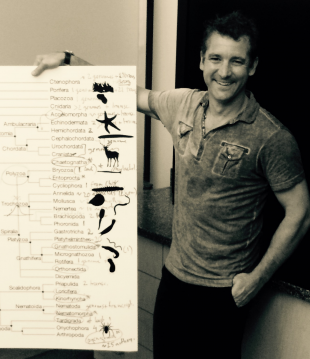 The science of genomics has made tangible contributions to many areas in science and medicine. Genomic-related fields, together with cheap DNA sequencing, have likewise revolutionized the science of animal phylogenetics. Nonetheless, few large-scale analyses of animal relationships are available to date, and most published analyses still rely on a combination of data obtained with a range of technologies or use genome-level data for just a selected number of exemplars. However, we are now in a position to make a qualitative leap in the data used for phylogenomics. Here, I will discuss current progress and directions in the science of animal phylogenetics, and discuss possible pitfalls related to some of the most unstable animal groups. 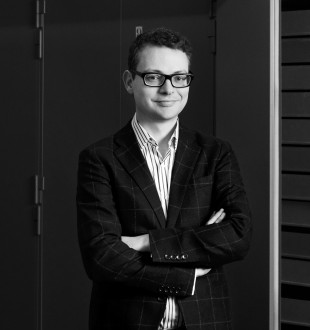 Thomas Gilbert
Phylo-, Populo-, Meta- and Palaeo-: The Expanding Possibilities of Genomics | Back to top

Recent advances in high throughput sequencing have enabled the ability to sequence genomes by the dozen. Whether from vertebrates, plants, microbes, or even the dead, this wave of data is opening up unparalleled opportunities for re-tackling longstanding questions, and addressing new research horizons. In this talk I highlight the promise that genomics holds outside of the medical genetic and model organism context, and what some of the challenges that may face us ahead may be. 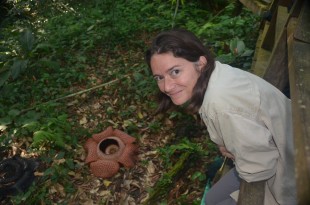 Recent advantages in Next Generation sequencing techniques make it possible to extract multiple DNA barcodes from complex mixtures containing many different species. In this lecture, I will give examples of how massive parallel sequencing, also called metabarcoding, of both fresh and fossilized substrates can increase insight in the main drivers of both the extinction and evolution of species. 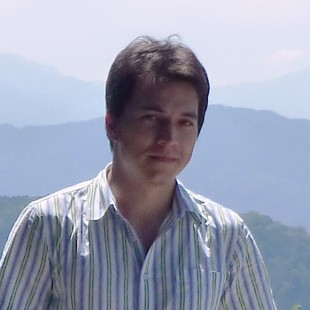 The phylogenetic relationships of birds have puzzled researchers for many decades. In particular, this is the case for the adaptive radiation of Neoaves, the group of birds that comprises ~95% of all extant bird species, except of the lineages leading to chicken, duck, ostrich, and tinamou. The recent sequencing of 48 bird genomes comprising all major avian lineages has led to a much-improved avian Tree of Life with one of the largest phylogenomic datasets analyzed to date. However, several of the deepest relationships remain problematic even with genome-level sequence analyses. Rare genomic changes such as retrotransposons (REs), a group of mobile genetic elements that copies and pastes in genomes via RNA intermediates, promise to help identifying the nature of such locally incongruent phylogenetic reconstructions. Phylogenetic analysis of >2,000 RE presence/absence markers with minimal homoplasy reveals a congruent resolution of most neoavian relationships. This is to the exception of the aforementioned problematic nodes, which exhibit highly complex RE signals that are likely derived from incomplete lineage sorting (ILS) across almost a dozen speciation events. Together with a prevalence of ILS of up to 100% on these nodes, these highly complex genealogies appear to be genomic signatures of super-rapid speciation at the onset of Neoaves diversification. From a population genomic perspective, this implies that ILS acts as a witness of biological limits of phylogenetic resolution. Finally, the combination of nucleotide sequence analyses and RE markers provides new insights into the evolutionary dynamics of mobile genetic elements across the avian Tree of Life. 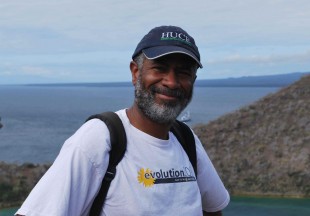 With the increasing availability of whole genomes of diverse species, phylogeneticists are now able to not only amass hundreds of loci for resolving the history of life, but also attach functions to those loci to better understand links between genotype and phenotype. In this talk I will present recent efforts from my lab to understand feedbacks between genome history, genome function and phenotypic evolution using phylogenetics of birds, exploiting two principles to help pinpoint genomic regions underlying phenotypic traits: identifying genomic regions arising coincidentally with the trait of interest and exploiting phenotypic convergence.  We first use statistical approaches to determine whether genes or gene regulation underlie the origin of feathers.  Using over 600,000 non-coding elements variably conserved across vertebrates, we find that highest coincidence with feather origins comes not from protein-coding genes but instead from non-coding regulatory regions, which accumulate at higher-than-expected rates near feather genes in the avian as well as in the amniote ancestor.  We then study the genomic basis of flightlessness in birds, using ten new high-quality genomes from ratites plus tinamous (Palaeognathae).  Analyses so far suggest no role for genome-wide convergence at the proteome level and some signal for adaptive evolution of developmental genes along convergent lineages leading to flightlessness.  Together these studies illustrate two ways in which comparative genomics can provide a deeper understanding of evolutionary processes in non-model vertebrates. 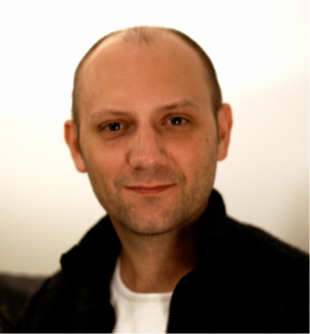 Matthew T. Webster
The evolutionary history of the honeybee revealed by genomics
| Back to top

The ability to sequence the genomes of large numbers of individuals from one or more species allows us to analyse genetic diversity at unprecedented scale and detail. Using such data, it is possible to uncover the evolutionary history of a species, including reconstructing past geographic dispersal events and identifying the genetic basis of adaptation to different environments. The honeybee Apis mellifera is a species of vital importance to agriculture and the natural world due to its role as a pollinator. However, sharp declines in the number of honeybee colonies have occurred recently and knowledge of global genetic variation could be vital to address these problems. We used population-scale genome sequencing to investigate the evolution of this species. We sequenced the genomes of 140 honeybees from a worldwide sample of 14 populations, identifying a total of 8.3 million SNPs. Levels of genetic diversity in honeybee populations are surprisingly high, and indicate a larger gene pool than previously believed. Patterns of genetic variation reflect large historical fluctuations in population size caused by past oscillations in the earth's climate. We infer that the origin of A. mellifera was most likely in Asia, and date the emergence of extant populations ~300,000 years ago. We identify genomic signatures of adaptation to temperate and tropical climates, which are enriched in un-methylated genes that are mainly expressed in worker bees. These include genes involved in morphology, innate immunity and metabolism that likely control geographic variation in reproduction, behaviour and disease resistance. We also find evidence for selection on sperm motility-related genes, which could potentially contribute to high reproductive success of African bees. These genetic changes underlie adaptation in honeybees and may enable us to uncover the molecular mechanisms by which bees have adapted to environmental factors such as climate and pathogens. 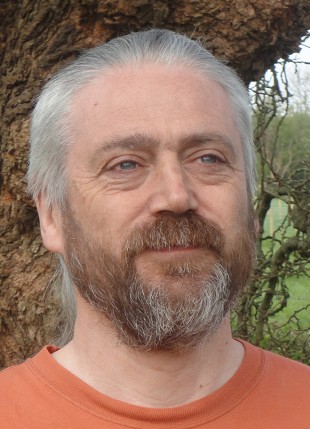 Mark Blaxter
The Evolution of Parasitism in Phylum Nematoda: Genomes Reveal Patterns | Back to top

Nematodes are both abundant and diverse, and, notably, include many parasitic species. While about half of the 23,000 described species of nematode are parasites, it is likely that the diversity of free living species is under described. The parasites have major ecological and economic significance. Nematodes infect over one third of the human population, and plant parasites limit the productivity of agriculture in tropical and temperate ecosystems. We have used molecular data to reconstruct the phylogenetic history of Nematoda, more recently employing whole genome sequences to resolve deeper nodes in the phylum. Over one hundred nematode genomes have now been sequenced, and reveal, as might be expected, huge diversity in genome size, organization and gene content. We are using these data to assist in nematicide and vaccine discovery efforts as well as exploring the genomic features associated with parasitism. Parasitism of animals and plants has arisen multiple times, and while some parasitic groups are small and recent, other, larger groups encompass a deep diversity and have ancient origins. Some animal parasites are associated with symbiotic Wolbachia, which are postulated to play a role in host manipulation, and genomic data reveal past, fossil symbioses in taxa that no longer carry live Wolbachia infections. In some plant parasites, hybridisation and polyploidy appear to have resulted in the evolution of new, parthenogenetic lineages that have increased virulence.