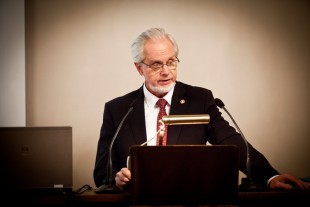 The ICSU and ISSC Executives' shared vision in recommending a merger is to enable and advance "science for the future". It is to build a stronger foundation for promoting all our disciplines, and on that basis, to convene their collective strengths more effectively in order to increase the role and impact that science can and must have on shaping humanity's future on planet Earth. They regard this as an important intellectual project, one that speaks to fundamental scientific and societal (rather than organisational or bureaucratic) imperatives. And they believe that the time is right for ICSU and ISSC to demonstrate leadership in addressing these imperatives within the global scientific landscape.

In April 2016, following a review of the working group's recommendations, the executive bodies of both ICSU and the ISSC decided to recommend to their members that ICSU and ISSC merge to form a single organization representing all sciences. The members of both organizations now need to consider the recommendation to merge and decide whether it should indeed go forward.

And the way forward

The working group has developed a roadmap with three key decision moments for members:

##October 2016: extraordinary General Assembly of ICSU (coinciding with ISSC General Assembly) and presentation of a draft planning framework. Members vote on whether they agree in principle with the merger and to go ahead with the proposed roadmap and the appointment of a transition task force.

##By October 2018: pending members' support, first General Assembly of the new organization and election of the new Executive governance body