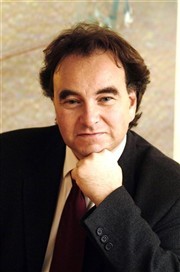 What makes some societies more prone to social solidarity than others? One answer has been political mobilization from the left but empirical research shows that this factor has become less relevant. Another answer has been that ethnic diversity hampers social solidarity but empirical research has produced an array of divergent results. The argument put forward is that these puzzling empirical results can be explained if we take into account the quality of political institutions. It is shown that what determines public support for equality-promoting policies is not inherited cultural traditions, left-politics or ethnic loyalties, but rather forward-looking predictions about whether one's co-citizens will reciprocate rather than free-ride or cheat. Where these expectations exist, citizens support equality-promoting policies even if they diverge from their narrow self-interest. Such forward-looking predictions are, in turn strongly shaped by perceptions of the quality of public institutions: where government institutions are seen as impartial and non-corrupt, citizens express greater trust in co-citizens and express greater support for equality-promoting policies. The reverse is then when citizens perceive public institutions as biased and corrupt, they will vote against more egalitarian policies, even if they are ideologically left. Moreover, this effect of high quality public institutions trumps the negative effect of diversity: findings that diversity erodes trust disappear when quality of government is controlled for. The conclusion is that also in increasingly diverse societies, social solidarity can be manufactured by institutional design "from above". Just institutions based on principles such as impartiality can generate their own support.