Deeply troubled about the crisis in Europe

Read the statement from ISC

Given its history, the UAI must condemn forcefully and resolutely the aggression led by Russia against Ukraine. Unleashed by the leaders of the Kremlin and their Belarussian allies, this brutal invasion of a neighbour, with whom it shares a long history, poses a difficult and painful choice to international organizations like the UAI that include among their members academic institutions belonging both to the invaded country, Ukraine, and to the aggressor, Russia.

Read the statement from IHRN

The Norwegian Academy of Science and Letters joins members of the global academic communities in speaking out against the human rights and humanitarian crises created by the Russian invasion of Ukraine. We are anxious about the effects the Russian aggression have on peace and security, not only in Europe, but also in the world at large, and we are deeply troubled by the humanitarian crisis that is evolving.

We are deeply worried about attacks on people and facilities in Ukraine. The harassment and arrests of Russian scholars engaged in anti-war protests are appalling.  We support the thousands of Russian scientists and science journalists who have publicly called attention to the devastating impact of the invasion. We are very concerned about our at-risk colleagues, including colleagues displaced by the conflict and those under threat as a result of their peaceful dissent. We call for the scientific community to reach out in support to those who suffer as a result of these tragic events.

ALLEA, the European Federation of Academies of Sciences and Humanities, reacts with shock and deep regret to the military incursion by Russia into Ukraine. Read more from ALLEA. 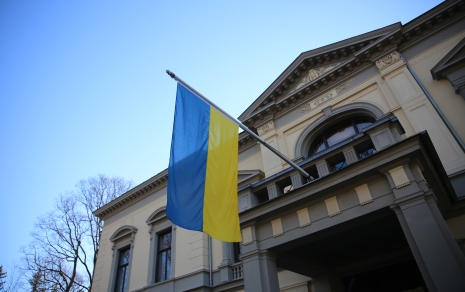