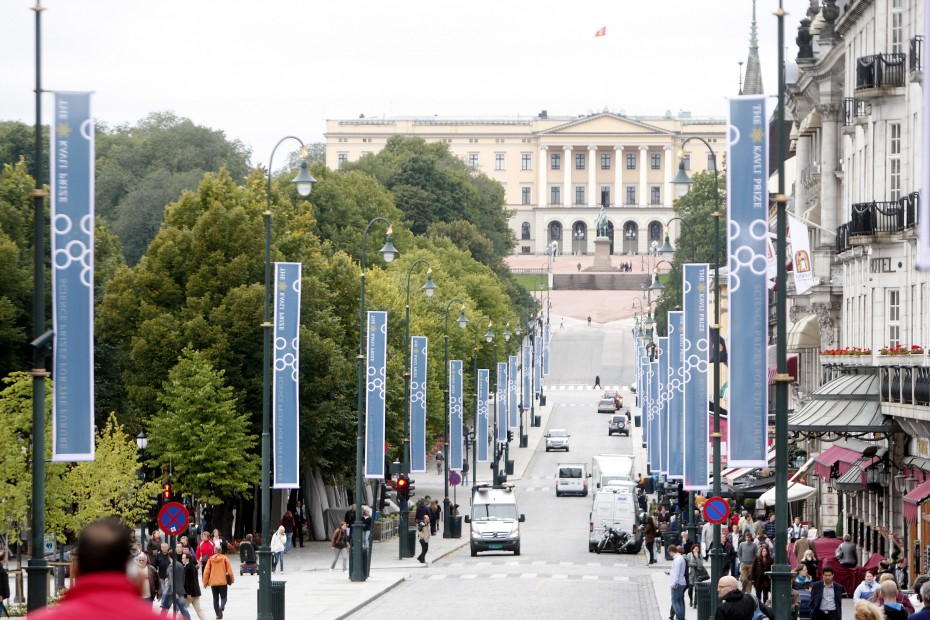 Science prizes for the future

Every second year the Kavli Prize is awarded to outstanding scientists for their seminal advances in nanoscience, astrophysics and neuroscience – the smallest, the biggest and the most complex.

The Kavli Prize was awarded for the first time in 2008 as a partnership between:

The laureates receive a gold medal, a diploma and USD 1,000,000 in each of the scientific fields.

The President of the Academy announces the prize winners.

The laureates receive their prizes from H.M. King Harald V, or from another member of the Norwegian Royal Family, at an award ceremony in Oslo.

Our partners
The Norwegian-born philanthropist Fred Kavli brought his curiosity about the smallest, biggest and most complex scientific mysteries with him to the US and established The Kavli Foundation. Fred Kavli was a driving-force behind the establishment of the Kavli Prize in 2005. Responsible for the Kavli Prize cash award, The Kavli Foundation remains an important partner.